Get Your Tickets
GET YOUR TICKETS 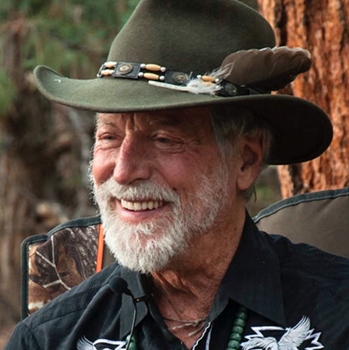 John P. Milton’s ecological and environmental background is quite extensive. In 1966, with Sir Frank Fraser Darling, he co-edited the 767 page Doubleday book “Future Environments of North America: Transformation of a Continent,” which helped birth the environmental movement.

This volume, and the multi-investigator research plan and study conference that Darling and Milton designed, organized and facilitated from 1963 to 1965 before the book, clearly showed that none of the existing compartmentalized systems of Western learning were capable of discovering and learning how to harmonize human cultures with natural systems.

This insight provided the foundation for a novel environmental perspective to arise as an entire new movement in the late 1960’s.

Also, the selection of the title: “Future Environments…” helped initiate the widely accepted use of the term “environment” to describe this global awakening - which then became the “Environmental Movement” of today.

John P Milton is a steward of the Earth, one of key 1960’s founders of the environmental movement, and a teacher of a universal, interfaith pathway to pure Source Awareness. John calls this pathway The Way of Nature. This universal pathway opened for him through many years of vision questing, combined with decades of deep study and immersion in some of the world’s oldest spiritual traditions including Zen, Bön & Nyingma Dzogchen, Taoism, a variety of shamanic traditions, Hindu non-dual Advaita Vedanta and Tantra connected to the Divine Mother.

John was one of the very first to formally introduce the process of solo wilderness questing, and spending long periods of time alone in nature, to contemporary western culture (starting in the early 1950’s). This Way of Nature always includes the integration of solo “AllOne Time” with experiential “Awareness Training” in the universal, interfaith pathways to Source and connectivity to Nature. This experiential training emphasizes two aspects: 1) refining the connectivity of inner and outer Nature, and 2) clarifying access to the pure base of natural awareness underlying the display of all form.

He introduced this Way of Nature process as a means of cultural transformation, a form of true inner alchemy. This process has a three-part focus: helping individuals to realize their deep karmic purpose for this life; establishing a deep authentic connection to all of nature; and clarifying the universal pathway to pure source awareness – including touching into the more joyful, liberated state that is our birthright.

For nearly 70 years John has gone deep with numerous personal quests, often two to three times each year. He did his first vision quest at the young age of seven, his first month long solo at the age of 15, and a six month retreat each year for over 22 years. He’s continued questing throughout his life, blending these spiritual traditions with a deep connection with nature.

As a result of these seventy years cumulative experience he’s centralized the core principles underlying the use of quests as a means of accessing pure source & deep connectivity to nature. By founding the Way of Nature he has been able to distill and share a powerful means of cultural alchemy and transformation. These include his 12 principles of natural liberation, 6 stages of authentic connection to inner and outer nature, 6 levels of emotional transformation and the 6 stages of authentic relaxation.

For example, while doing early botanical and ecological surveys in Chiapas’ Lacandon rainforest, John met and studied with shaman Bor. He met Vasudeva in the 1970’s, while assisting protection of rhinos and tigers, and helping define the ecological planning and management of Nepal’s Chitwan National Park. He first met Dilgo Khyentse in the 1980s in Nepal, where John did the first surveys to establish the Langtang National Park.

Through his deep Earth connection, John has been gifted with some of the most profound spiritual teachers of his time. WayofNature.com with John P. Milton of Sacred Passage and The Way of Nature.